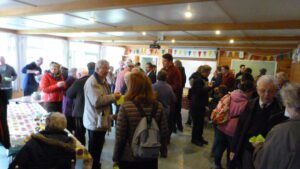 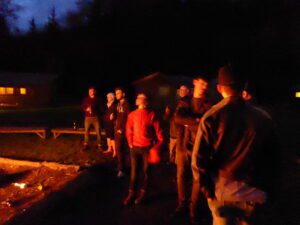 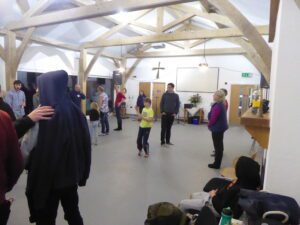 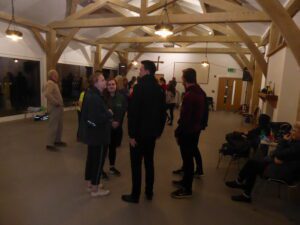 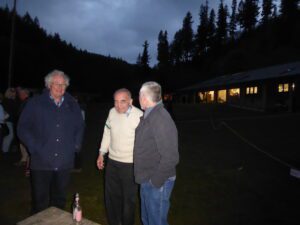 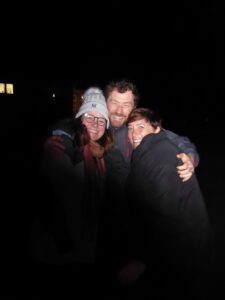 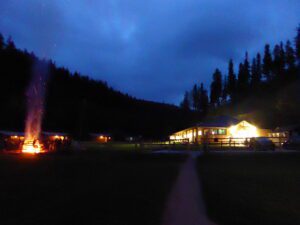 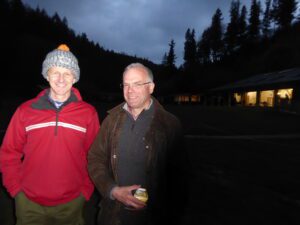 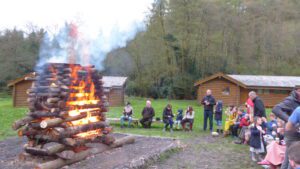 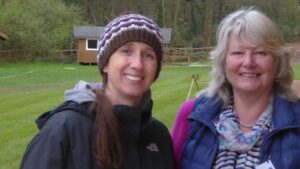 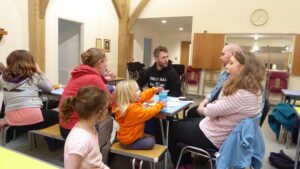 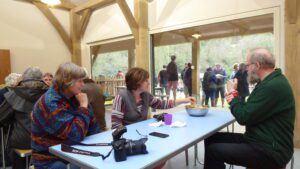 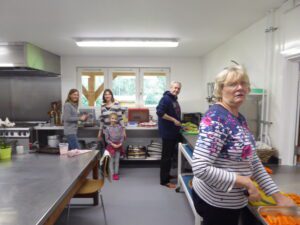 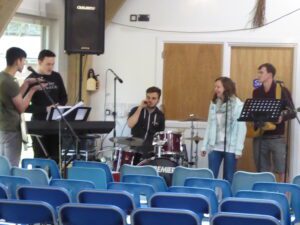 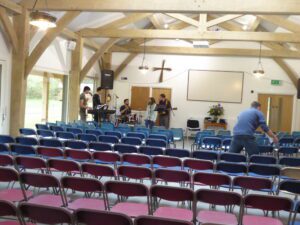 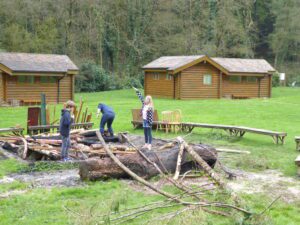 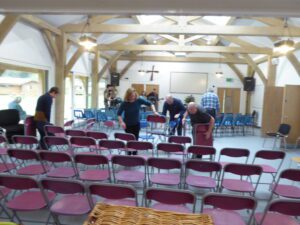 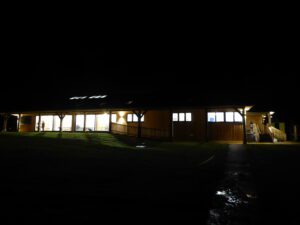 What a joy it was to see the Mess Hut commissioned last Saturday – hopefully the attached photos will give you a feel for what went on.  It was a wonderful gathering which included members of JI’s family along with many people who were campers or served on camps that John Inchley had led .. .. right through to babes in arms; Frances Nicholson – the local MP; representatives from the diocese, deanery and local clergy – and it was fantastic that the architects and builders were also able to join the happy throng!

Lots of people had been at camp preparing for the weekend in advance and special thanks are given to Jan and John Simmons, Pauline and David Whitehouse and Elizabeth and Bill Carter.

The Right Rev’d Paul Williams, Bishop of Southwell and John Simmons, Chairman of the Great Wood Trust declared the Mess Hut open and unveiled a plaque, then the assembled masses either made their way into the Mess Hut or took up seats on the verandah – which proved a very handy overflow area.

The service was introduced by Jack Philips and included short testimonials from Nathan Johnson (leader of Tracks), Patrick Weld (Great Wood Chaplain) and Jo O’Callaghan (representing Kilve).  Joel Carter read from Proverbs and the sermon was given by the Bishop of Southwell and John Simmons set out the vision for the future.

The songs included Oh Lord, my God (GW version!), Great is Thy faithfulness, 10,000 reasons, Blessed be your name and a mix of Amazing Grace and Blinded by Your grace (Stormzy).  Thank you to the wonderful band led by Matt Titman; Emily Keighley, Kaleb Fox, Freddie Keighley and Joel Philips.

It wasn’t the warmest of days but the Lord kept the rain away and that was a huge help.  The temperature didn’t stop some people from using the pool!  A Quantock Walk, camp fire and country dancing completed the action.  Photos taken of the country dancing have been lost on my camera – if you have any, please send to me and I’ll update!

On Sunday morning, there was a short service in the Chapel.

God bless the Mess Hut and everyone who is fortunate enough to spend time therein!

We are delighted to unveil the very almost finished Mess Hut!

If you would like to come to the Commissioning Service on Saturday 28th April (2.30pm) please email greatwoodtrust@gmail.com and we’ll send you the full details.

Hope to see you there! 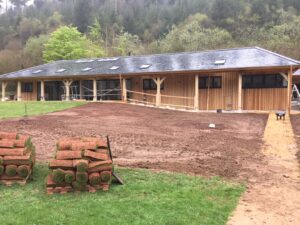 After weeks of grey skies, the team and campers arrived on Tuesday 3rd April for the first official camp of the new Mess Hut’s incumbency – if that’s the right word?! A huge thank you to the HBC team who went several extra miles to make sure that Tracks could run and to David and the Work Party who (along with extra elbow grease supplied by John and Jan as well as Andy) worked hard to get everything into shape before the campers arrived on Tuesday afternoon. Although the Mess Hut isn’t quite finished, it was completely usable and everyone has been totally delighted with the new facilities. After a damp start weather-wise, the sun came out to a warm welcome and things started to dry up. Here are a few pictures to give you a few snapshots of what went on.

The latest pictures from Great Wood show what’s happening inside and out and you may spot some familiar fittings hanging about!

The construction of the Mess Hut is entering the final stages and the snow has finally melted without causing too much disruption or any major delays. Very well done and thank you to the HBC team for working through everything that the elements have thrown at them!

It’s almost 14 years to the day since snow arrived in the middle of the
cabin building programme, and the Canadians went home because they didn’t
have snow tyres…. Pray that the English don’t do the same!

It is with great excitement and pleasure that we can show you the inside of the Mess Hut now that the scaffolding has been removed. Good progress is being made all round and the building project is entering the ‘making good’ stage.

Another sunny day at Great Wood albeit that the wind was biting in the Quantocks today.
Great to see that the windows are in place in the Mess Hut (all except for one). Each of the four panes of glass for the sliding doors to the patio weighs 175kg and manoeuvring them into place was a challenge yesterday. But one which the valiant builders rose to with aplomb! The plastering of the ceiling is complete and the internal scaffolding will be taken down on Monday. The wooden beams are all sandblasted now and looking magnificent.

There had been concern that the windows couldn’t be supplied on time and would cause a delay – but, praise the Lord, they have arrived (all bar one small one). This is fantastic news and a real answer to prayer.

Next prayer point is the drying time for the screed floor so that they can lay the flooring and put in the kitchen and wash up.

Virtually all the plumbing and electrics are done and they are now plastering. Then they can take the internal scaffolding down and do the screed. In an ideal world it should take 8 weeks to dry! However it is possible to lay the plastic flooring with some moisture still present. The issue is how much!